WHEN YOU THINK YOU CAN'T GO ANY FURTHER, OR DO ANYMORE - JUST STOP THINKING START TRANSFORMING TODAY!
"

IN THE FITNESS, HEALTH & WELLNESS WORLD

IN THE MARTIAL ARTS WORLD

IN THE BUSINESS WORLD

WHAT CAN I TELL YOU?

I was born in St. Petersburg, Russia – some people call my birth city the Venice of Russia, but I didn’t get much time to explore or grow in my birth place because my parents fled the government and came to America.

I was 8 years old when my family landed in New York City. I spent the next several years in inner city Brooklyn, going to public school, trying pizza for the first time, playing double dutch, and learning the language and the culture. My parents gave me the best upbringing possible – from staying up to do my science projects with me, to trying to get me to do gymnastics in the local YMCA (I only lasted two weeks before the instructor told my parents that I ‘wasn’t cut out for sports’). We didn’t have much, and for a while, my parents took turns going back to school while my entire family (grandparents, parents, my sister, myself, a dog and a cat) all lived in a tiny two bedroom housing project. But we were always happy. 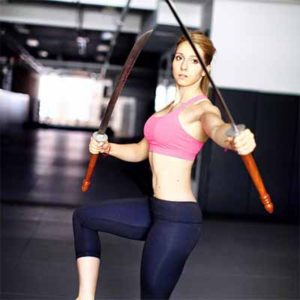 I spent many of my summers upstate with my family. We rented a cabin in a Russian community within the Catskills. Every summer from age 10 through 14, my parents would pack up the station wagon, and drive my sister and I, my grandparents, and all the animals away from the noisy heat of New York streets. It was during those summers that I learned about mushrooms, fishing, and kettlebells. I watched my grandfather work with the cast iron bells on the front porch. 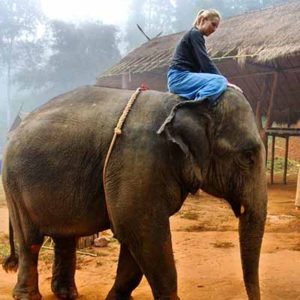 I wasn’t a great student in high school but I always excelled in English literature. I skipped every science and math class I could. I loved animals and I would sit up late at night reading old National Geographic magazines. I knew that one day I would write and I would travel.

At the age of seventeen, I accidentally found a martial arts school. After a very odd introductory lesson (one in which I fell two times trying to throw a thai kick), I joined. I was never the most rebellious kid, never the fastest, or most academic – but I was determined to live a life full of personal adventure, and for me, that started with martial arts.

By the time I turned 18, I had begun to work and save all of my money for train and travel. By 21, I had already backpacked to Europe, the Middle East, and Japan (the last two countries, I traveled completely on my own). I was writing and trying my wits as a pre-med major at New York City’s Hunter College.

My early twenties consisted of my younger sister and I living in a tiny one bedroom in Manhattan. We both were at Hunter and we both held down 2-3 waitressing/bartending jobs while juggling our school studies and a social life. It was an exciting time in New York, before the creation of Twitter or Facebook, we felt free in the world, bound by nothing but our will to live and trust in ourselves.

It was a year into college when, because of my heavy schedule, I had abandoned martial arts training and began to gain significant weight. After only two years it was difficult for me to look in the mirror.

The stress of school, work, and life in NYC left me almost thirty five pounds heavier, tired, and completely at a lack of confidence. It took me almost two years to find balance and regain my life. I went through a variety of crash course diets, terribly harming diet pills, and random cardio workouts.

I went through all of this only to realize that the same tool that my grandfather was using all of those years to stay strong and mobile, was the tool that would help me transform myself back to the person I once was. It was a systematic strength training kettlebell routine that helped me find myself again (and keep her). 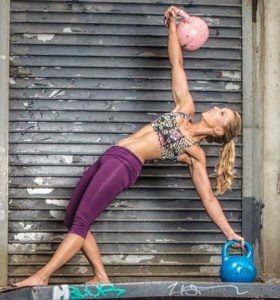 To celebrate my college graduation, as well as my new body, and (finally) my ability to maintain a healthy, strong and beautiful weight (with no diets), I decided to start training in martial arts again. I found the most ‘talked about’ Academy in New York City and walked right in, determined to dedicate myself to martial arts and never leave it again. 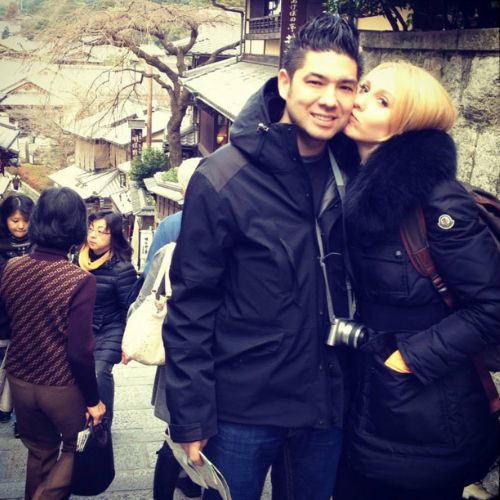 While I walked in for training, I realized soon enough that faith works in mysterious ways. After only two months at the Academy, I was head over heels in love with, and moving in with AMAA’s founder, ‘Sifu’ Dan Anderson.

My family was against this decision, I was only twenty three and I had just started my own business, a court reporting company. It was the only business I realized I could start with sweat, equity, and no money.

However, despite the protests, Dan and I moved in together after only a few months of knowing one another. We both had puppies, we both loved Lords of The Rings, we both trained martial arts daily, and we happily commuted home to Astoria after long days of working and training in the city.

We threw parties, we traded a ton of martial arts, and we often walked from Astoria to Brooklyn to Manhattan and then back to Brooklyn. I cooked a whole fish and he learned to like it. When he would stay up entirely too late, I also began to write late at night and regain my love for words.

It was only after my business was doing great that I approached Dan and told him that I hated my job. When you spend everyday with someone who loves what they do, its infectious. Dan loved his work, and I wanted to love mine too.

So, Dan looked me straight in the eyes and told me to find something I loved, and that he would support us until I did. It was at that time that I began to realize how popular and respected Dan’s Academy was in New York City.

At the time he had no want to expand his three thousand square foot space, he loved training and the arts and didn’t want to bother with the business. But we were busting at the seems, it was before we knew it that we had to refuse students due to lack of space.

Some of the proudest moments of the past two three and a half decades of my life have been very personal to me. 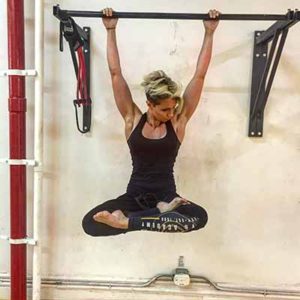 My brown belt in Brazilian Jiujitsu was harder earned then my Sports Science Masters degree and when I was awarded the bet after a decade of training in the art, I felt like I had concurred the world. My instructorship under the Legendary Guro Dan Inosanto (look him up if you don’t know) and my black belt in Jeet Kune Do and Kali under my husband, these are some of the proudest moment in my life.

The first time I got published, an 800 word article in Blackbelt magazine, and when I got offered a contributing editor position for the magazine. When I produced my first workout DVDs, and when the five star review and transformations came hiring in. When I stood on a stage at Nike and taught two thousand women Ketttlebells. When my book was published and someone asked me if I had a ghost writer and I said – are you kidding!? I wrote every last word myself. Then I counted my thirtieth country traveled. 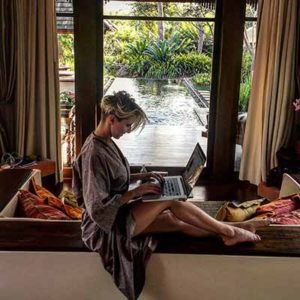 I am an author and writer, teacher and world traveler, and often a brand ambassador for really amazing companies like Nike, Yoplait, lululemon, Victoria Secret Sport, Mind Body Green amongst many others. I am also an eternal student, always learning (not just from anyone) but from the most qualified people in the world.

Most importantly I am a daughter, a sister, a wife and a martial artist. My family is composed of some of the greatest people I have ever met, and they include my close friends, my training partners my students and my dogs.

So, I’ll let you know how it all turns out. As they say in publishing, TK. (more to come)

Professionally I have had some incredible moments, movements that took me from a writer to an author, from a student to a teacher, from a teacher back to a student. Personally it has been the guidance of my family, and a trust in myself, in fitness and in martial arts that has taken me to the place I am today.

INTERESTED IN PRIVATE TRAINING?
TRAIN WITH DASHA ON KBBODY!