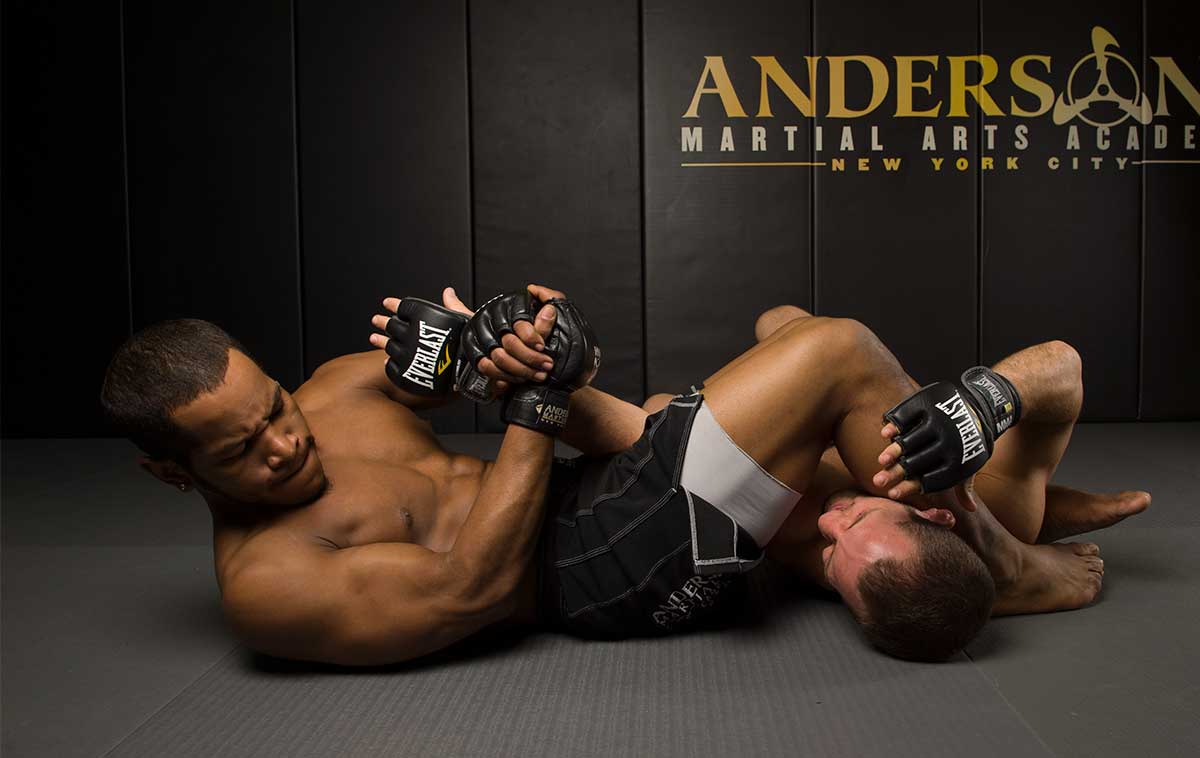 At Andersons Martial Arts Academy Mixed Martial Arts (MMA) is an all encompassing art that is learned through taking a variety of classes at AMAA including Boxing, Brazilian JiuJitsu, Muay Thai and Jeet Kune Do.

Mixed Martial Arts (MMA) is a full contact combat sport that allows the use of both striking and grappling techniques, both standing and on the ground. Today MMA is a widely recognized sport and its practitioners use a great variety of fighting techniques and martial arts disciplines.

In 2004, UFC President Dana White called Bruce Lee the “father of mixed martial arts.” Today Mixed Martial Arts is widely trained by a great variety of individuals, including men and women, with hopes of becoming fighters and competitors as well as those who simply wish to attain the skills and knowledge of the sport, as well as gain from its physical fitness and mental benefits.

In our MMA classes, we have regular individuals train alongside active competitors. Our MMA program is also one of the longest in NYC, as Sifu Anderson began teaching MMA classes in New York City 21 years ago (long before the popularity and notoriety of organizations like the UFC).

Sigh Anderson has produced many State, East Coast, National and World MMA Champions, many of who still train at the Academy, and whose belts proudly hand on our wall. We also have many professional fighters visit the Academy. Individuals such as Alistair Overeem and Sean Sherk are some of the many who visit our gym to share their knowledge and skills with our students, fighters and staff.