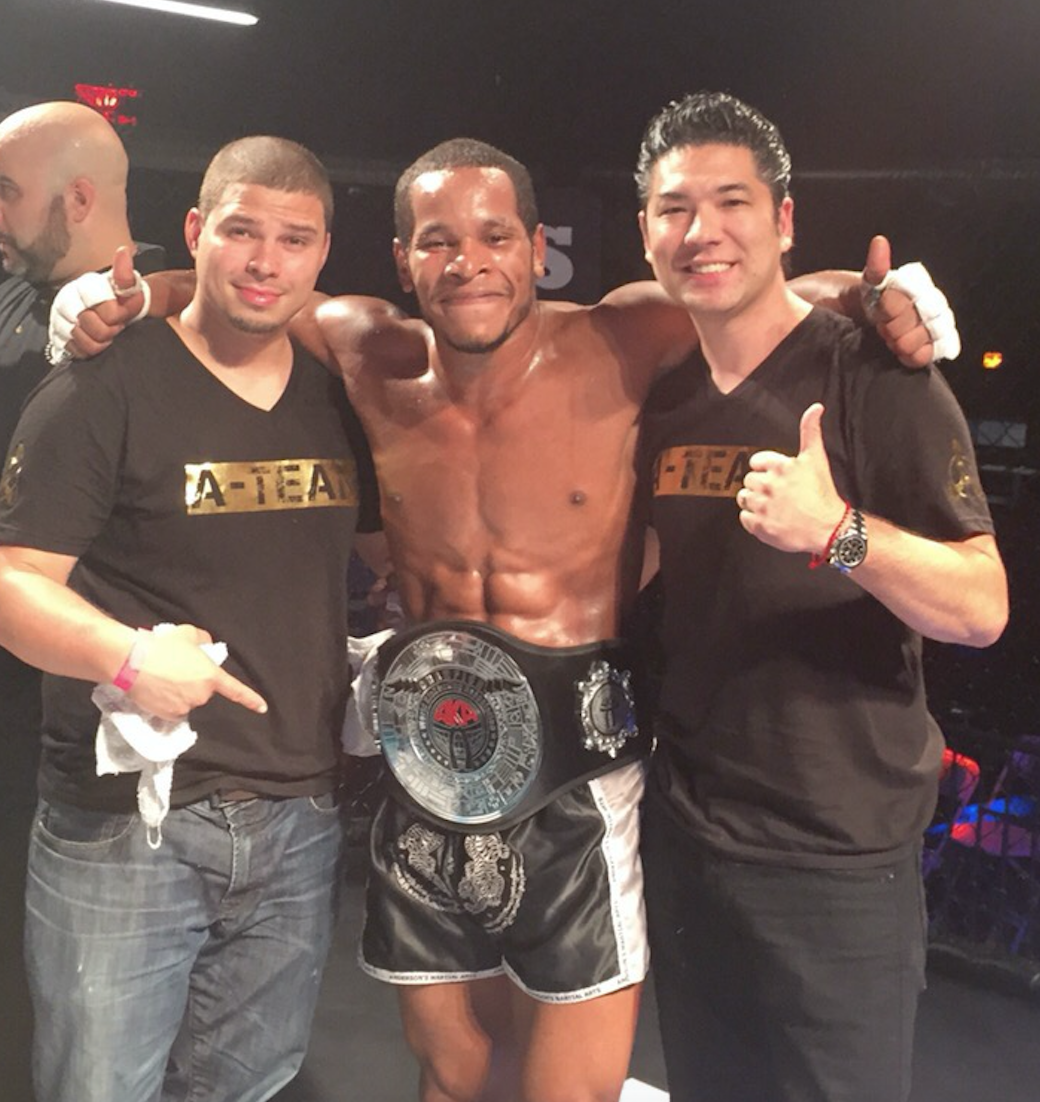 Anderson’s Martial Arts Very Own Najeeb Jones & Michael Angelo Kelly
both WIN Their Mixed martial Art Bouts via KO!
We would like to offer up a HUGE congratulations to our very own Najeeb Jones (who successfully defended his MMA title belt this weekend and won via KO) and also Mike Kelly who had a very impressive first round KO victory.

A big thank you goes out to all of our AMAA family members including our amazing and ever inspiring students, fight team members and instructors. It is incredible how much a strong and diverse community matters and helps all of us strive towards and achieve incredible goals.
We would also like to thank the New York Fight Exchange for putting on a great event and for their support of young, hardworking and emerging MMA talent.
Lets take a look at the wins…
Najeeb went into this fight to defend his third MMA title belt,
the 185 Pound New York State MMA Champion.
Najeeb had a tough and skilled opponent, who came on strong in the first round. But Najeeb defended well and came in very dominant in round two and three knocking his opponent out for the win in the third round!

Mike Kelly wins his match in the first round via KO!

Mike trained hard for this fight, defending the take-down attempts perfectly Mike followed the game plan and came in heavy handed using the combinations he trained with Sifu to knock his skilled opponent out in the very first round.

If you’ve thought about trying martial arts for fitness, self defense, the pursuit of the art or perhaps competition goals
email us augustus@andersonsmartialarts.com
you can decide between a

FREE on-one introductory lesson or a FREE day at AMAA.