What Is Bruce Lee’s Jeet Kune Do today? And How Do I (You) Use It To be A Complete Martial Artist? 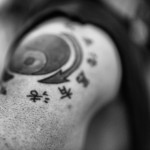 There isn’t anyone in the owrld who doesn’t know the name Bruce Lee. I have personally dedicated two decades to studying his methods and fighting methodology and art. My wife and I traveled to train in the Middle East, Africa and Asia and all over the world, and no matter where you go the name most synonyms with martial arts is Bruce Lee. But in the modern day of mixed martial arts, the question becomes: What Is Bruce Lee’s Jeet Kune Do today? And How Do I (You) Use It To be A Complete Martial Artist?

I have trained Jeet Kune Do for over 2 decades under the direct Bruce Lee lineage of Bruce Lee through Guro Dan Inosanto.
I have also achieved high instructor status in arts like Savate, Silat, Muay Thai, Brazilian JiuJitu and a several others. It is for this reason that I am passionate to explain how the art of Jeet Kune Do can enhance any person with a multitude of goals- a current martial artist, or someone looking to start training.

What does JKD mean today?
Dana White was recently quoted saying that Bruce Lee was the original mixed martial artists. But of course we all understand that Jeet Kune Do (JKD) has long been pushing the limits of what is possible in martial arts. Today Jeet Kune Do is as important as ever. In a world where we are now seeing information shared more freely- it is still important to be very selective with the information you choose to embrace and study. The importance of ‘mixing’ martial arts goes far beyond the UFC sport arena and into weapons training, foul tactics and of course a need to understand multiple attackers. Furthermore with the use of multiple arts, the actual endpoint should always be a smooth flow, a flow that fits the practitioners body, age, versatility and ability – that is modern Jeet Kune Do.

What arts and styles are included/ influenced JKD?

With Wing Chun at the original core of his system, Bruce Lee’s original art incorporated 26 different martial arts. A modification of various techniques from Northern Praying Mantis, Savate, Southern Praying Mantis, Choy Li Fut, Eagle Claw, Western Boxing, Wrestling, Fencing, Judo, Jiu Jitsu, and some of the more refined kicks of the Northern & Southern Chinese styles. Innovative and radically ahead of his time in his training and teaching methodology, Bruce Lee developed a martial system and fighting strategy that has lost none of its effectiveness over time. Instead the art has gained momentum with a modern infusion of Muay Thai, Savate, Silat, Brazilian JiuJitsu and of course Filipino Martial Arts, specifically Kali as carried on by his friend, student and partner, Guro Dan Inosanto.

What Do You Learn In JKD Today?

In the right school, a modern Jeet Kune Do class devotes a heavy education and emphasis on “ranges of combat”. Students are taught to confidently and with ease “flow” from long distance,”kicking- range”, to middle distance, “hand- range”, to close quarter, “trapping & grappling range”. You will learn all of this in your Jeet Kune Do classes.

What should be my ultimate goal in JKD training?

The Ultimate GOAL In All Of Our AMAA Classes: The movements of Jeet Kune Do are crisp, and efficient, utilizing the most direct lines and angles. JKD affords the practitioner a means by which to effectively pursue the most direct line of attack. And once an attack has been launched there are no breaks or interruptions. As one technique nears completion, it starts to blend into the next and so forth: one continuos flowing motion until the conflict is resolved. Now this is a goal that you can and WILL 100% reach by black-belt – and you will then spend your time refining that skill set in all areas until the artsMAA become an extension of you (that’s black-belt and beyond).

Will I get there?

The JKD classes at the Academy are devoted entirely to teaching and developing students. However if you are not in NYC and do not have the luxury to take up a martial arts training tuition, the Fighting For Human Movement program might the perfect start to your program. Our goal is to enhance the students natural attributes, such as coordination, timing, speed, endurance, strength and agility, self defense.

Our LIVE STREAMING program will help you understand how to apply all of these arts and principles to the core fundamentals of Bruce lee’s principles on fighting, martial arts and self defense. 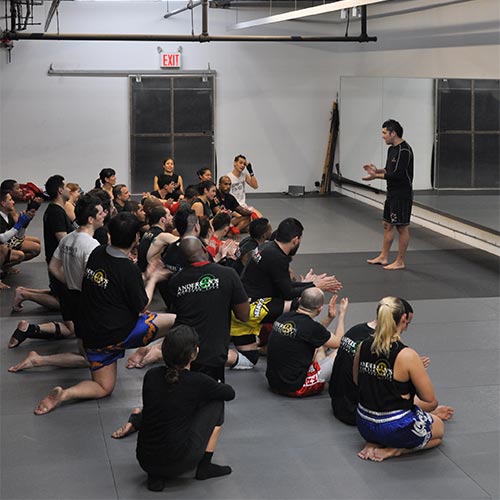